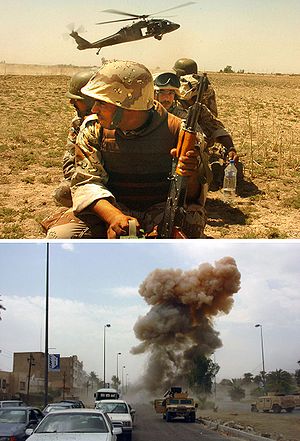 It was 2004. The Iraq war had waged on for about a year. I, and my friends, [we] were still in shock over all that happened. He hadn’t listened! We protested. We wrote. We petitioned. We called. We bitched. We complained. We didn’t want another Vietnam. We...

Regrets of a Stay at Home Mom

Today, Sunday, September 11th marks the 10 year anniversary of when we, Americans, were attacked on our own soil. An event that hasn’t happened in a very long time. It was an event that shook our nation, divided our nation, and brought a city together. It is one of those moments in time where, if you experienced it, you know exactly what you were doing in that moment, no matter how much time passes. It was one of the moments in life when the world stopped turning.

“Those who fail to plan, plan to fail.” This is one of my favorite adages. I love planning. I love thinking about upcoming tasks, comparing old tasks undone, all to move towards a common goal. While studying urban planning at Portland State University, I learned to believe that planning was even more important in urban settings (rural too). If we want to create and support a vision of our place, then we need to plan to manage the growth (or decline, think Flint, Michigan) that will inevitably happen. Given this framework, I think my friend was a little surprised when I told her I had a gut level reaction against Arcade Fire… The irony is they are doing that which I actively advocate.