Categories: Family, One a Day, Post a Day 2017, The Balancing Act

I took this picture September 2004. I came over, from Oregon, a long weekend to celebrate (surprise!) Grandpa’s 80th birthday. The cool, beautiful September, with the crisp temperature and changing colors. This is how I will remember my grandparents.

It’s Thursday. It started out as a normal Thursday. But, now, it will forever be known as the day my grandfather died. He was 92.

He lived a long life. He met his sweetheart in 7th or 8th grade, and they courted through high school. He served as a nurse, stationed in Germany, during World War II. We didn’t call it PTSD back then, but I was instructed never to ask about the war (to any of my grandparents), rather to listen kindly if they shared stories. Grandpa Woodaz didn’t share any stories.

Uncles talking, about what? Does it matter? This is a common occurrence. Groups of men gabbing, outside, on the farm.

Growing up, I thought of him as fierce. Like my grandmother, he was always there. We spent a lot of time on the farm when living in the UP, where I was born. One entire summer, we lived with my grandparents. I remember being told our car needed to be fixed.

We would wake up and go to bed with the rest of the farm, which included my grandparents and my uncle. He was the youngest and finishing high school. Together, they had ten children, never loosing any, within an almost 30 year span. That uncle, Danny, was an uncle when he was born. Their legacy includes over 40 grandchildren and many, many, great and even great-great grandchildren.

My grandfather offered me my first beer. It was likely Pabst Blue Ribbon. I was 8. I had a sip, because, why would you say no to Grandpa? I hated it. And, boy did he laugh. His Polish blue eyes twinkling, and the smile that lit up his whole face. Contrasting with his deeply tanned, brown skin, and white hair, always short in a buzz cut. We often saw him after he came home from work at the paper mill. And he always asked, “Do you want a whisker rub?” The worst kind of cheek-to-cheek kiss a child could ask for, with his five o’clock shadow, like sandpaper on your baby soft, childhood skin. And he would laugh, and laugh. 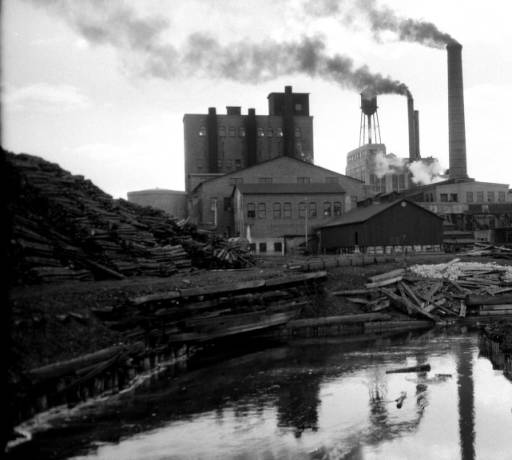 Sometimes, he wouldn’t laugh, and the fierceness would come through. When I was about 5, my cousin, Darryl, did not obey my grandfather, and he climbed on a flat bed trailer that was on the property. The wood was rotting, and Darryl fell and cut his lip. The next thing I knew, Darryl was in Grandma’s chair, in a timeout in the living room, a little blood coming from his lip. How could he be in trouble when he got hurt? He did not listen to Grandpa, and that’s why he got hurt.

They had 10 kids. TEN. Can you imagine? I can’t. We’ve stopped at one. I’m guessing that’s one reason why it was a never-ending parade of weddings when I was a little girl. All the weddings were held at the Hall. This was a community building, and every single reception was held in this hall. We had a formula for weddings. From my young eyes, it looked like: potluck made by all the gray haired aunts, kegs of beer, and a DJ who played polkas. The building was like a large pole barn with hard, concrete floors. They were perfect for dancing, and boy did our family dance. I have memories of begging to polka with Grandpa. Why? Because you didn’t actually need to know how to dance! He would spin you around, and you would fly. Uncle Tommy was the only other person who would dance with you, like that.

Eventually, Grandpa retired. And, then, he was home all the time. But he never stopped moving. He was always puttering to and fro. Coming in the house, periodically, for another cup of coffee. When I was younger, he’d open the fridge when the day was done and get a beer. That stopped after some time. Coffee, though. Never ending coffee. After my Uncle Danny returned from his tours in the Navy, the coffee got better. You see, Danny spent time in Seattle. So the Midwestern, watered down brew turned into good coffee. When it was the Midwestern brew, we had a church coffee pot in the kitchen. And it was never empty. The coffee was always on.

Sherry shared this photo. This is a GREAT way to remember Grandpa.

Eventually, age settled in. But, it was after they both turned 80. Though I’ve heard that the human body has the capacity to live to 120 years old, because our life expectancy is in our 70s, I was amazed they made it that long. That feels like a long, full life. The end of life cycle turned into a challenge as health related issues arose. That’s not how I will choose to remember either of them. This image in 2004 is how I will remember them. Vibrant and full of life. The laughs – everyone always laughing. The big, giant bear hugs (and yes, this is why I’m a hug person), the traditions old and new, the pride of our Polish heritage. I miss my grandparents, as they were, every single day. I cling to hope they are reunited, maybe ready to recreate their love story.

Thank you Grandma and Grandpa for showing me what love can look like.