Argh, there’s a sniffle in there 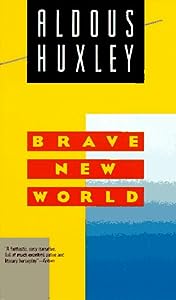 Vacation is only days away. Hours at this point. I have been fighting off the beginnings of a cold since Friday. It is still lingering. I sound nasily. I have a runny nose.

There have been two birthdays in my office this far, this year. Each person’s birthday was an unfortunate bad day. I am hoping that wasn’t the start of a trend.

No tsunamis. No earthquakes. Rain is okay as long as we’re not driving too far. Decent weather! Fun for the weekend! These are the hopes in my head. Pardon while I blow my nose.

But alas, that was then, and this is now. The now is not being caught up with barely any time to breathe. I know, intellectually that saying yes to something means saying no to something else, but I don’t enact on that knowledge. I keep saying yes. I keep interrupting my day instead of finding my way to the famed Quadrant II.

Oh how I wanted this vacation to be a true refresh. I vented this to a friend. She said, “There’s pills for that.” And, I paused and considered it.

Me, the one how has consistently been anti-drug. Me, the one who is now drugged on daily meds to keep allergies, reflux, and occassionaly a thyroid all under control. Now, me, who considers, “Why not drug the head too?” For the same reasons I don’t drink much: I prefer to be lucid and of my own mind. But, what if just for a moment I could be mindful and in the moment and not worry about all the crap I can’t control but feel invested in. What if just for a moment…

And, in Brave New World they called in a Soma-Holiday. Today we call it something like Prozac.

I’m not going to get drugged or even drunk for our holiday. I just hope I won’t be the sick one this time. In December, my husband was riddled with a nasty sinus infection that sucked the joy out of our refresh. I hope I won’t be the funkiller over my birthday…