When Not to Argue 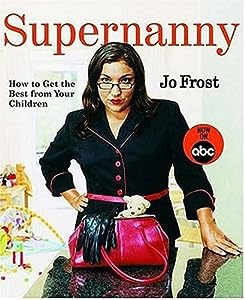 My husband and I have intuitively not done it. That is argue about parenting styles in front of our son. His parents didn’t. And, my parents didn’t. That would explain the intuition, we were raised with it. We’ll argue politics, some religion, what to spend money on; but we won’t argue about what Levi can or can’t do in front of Levi.

We’ve been told Levi is pretty well behaved. I take solace in those remarks. Levi can throw his temper tantrums like the rest of them (see Go to your room), but in front of others he’s usually pretty good. We’re also known as the stricter parents of those whom we associate. It’s funny to think, growing up with what I deemed strict parents, and hating it, I now love being labeled such.

Have you seen a child whose parents don’t agree on parenting, though? Parents who discuss discipline in front of the child? What is the child usually like? How does the child usually behave? Children learn so quickly how to get what they want or think they need. Levi already asks Mommy or Daddy after one of them has said, “No,” about a thing to see if the other will change their mind. Even when we’re in the car together! All three of us! We  usually respond with, “What did Mommy/Daddy say?” Where Levi will often reply, “No.” And, then we’ll follow up with, “Well, then, I guess its a no.” Later, if we think the thing was okay or want to reevaluate, we’ll do it, but not in front of Levi.

Why? Because we’ve seen those kids who have parents that can’t see eye to eye on parenting. Their kids do manipulate the parents. They know how. They know how to pull at the heart strings of their parents who are trying to do good for their kiddo, but for some reason cannot see how their ambivalence is creating a brat.

I have never had patience for temper tantrums or bratty behavior. We all want to get our way, but we need to learn that there are other ways to express those wants/needs. Hitting, biting, punching, kicking, stomping, yelling, screaming, throwing, etc – those are all ways NOT to get your way.

I differ from my attachment parenting friends in that I do believe in certain forms of punishment – like time outs, sending kids to their room. And, yes, I do employ spanking in instances where immediate stopping is necessary, reserved for a case by case basis. My parenting is affected by my belief in God. Although I cannot define what our afterlife will look like, and really, I’m ambivalent about heaven/hell no matter what I’ve been taught or what my Catholic faith decries as right. But, I do believe that there are consequences for our actions on this earth that will be addressed at a later time. As such, I believe Levi needs to learn that their are consequences for his actions now.

If he throws a temper tantrum, my gut reaction is to not allow the thing he wanted. He needs to use his words to tell me what he wants so we can discuss this – training him, at an early age, to be a thoughtful, word using adult. If he were to hit or throw something at a friend while the friend was over, he would get a timeout. He would have to somewhat understand why he was put in timeout. And, he would have to apologize to his friend when the timeout is over. We use Ms. Jo Frost‘s method of timeouts, yes, as seen on Supernanny.

We know we are blessed with a good temperament kiddo. We know he’s more mellow than others his age. I don’t know what percentage of his temperament and our parenting affects daily behavior, but I know our style is some of it. We do count our blessings Levi more or less behaves in public. But, we also know it’s in part because we don’t argue in front of him.