My favorite time to write is in the morning after I’ve read the paper.  Usually, I’ve read something that spurs me to write… getting my creative juices flowing, so to speak.  I write, in these moments, to react against or to something I’ve just read in my morning Oregonian.  Today, I”m writing about the health care debate, or lack thereof.

I’ve been wanting to write about health care for a while.  But, I haven’t really looked at the issue itself, only a few cursory glances towards some things  that have come my way.  In the end, I think health care for all is better than nothing.  I hope that the system will correct itself after the initial several SNAFUs.  I hope that citizens will write to their elected officials and tell them what they need.

Links for your own research:

But, regarding the basics of health care, what do we really need or want?  First, let me clear the air by saying I do not think that health care is an inalienable right, like that which we believe the freedom of speech to be.  I do not think health care is an obligation or an entitlement.  Although, my nationalizing the system, it likely will continue to be thought of in this way.  We have the right to a few basics:  air, water, food.  And, I would suggest that we have a right to those things if we can provide for them ourselves.  Now, when industry gets in the way by buying our water and air or contaminating them, I believe it is the government’s responsibility to ensure these essentials to life are safe for the taking and using by the Everyday Joe.

So, health care isn’t an entitlement, what is it then?  I believe health care is our responsibility.  It is our responsiblity to look out for our fellow man and ensure we are taken care of.  If we lived in a tribe 15,000 years ago, chances are we’d have a medicine man to turn to with our health problems.  What do we turn to today?  An expensive emergency system.  I believe that people want to know we are taken care of, in the sense that if I get a broken leg, I want to be able to go to the doctor and get it fixed lest I have to set it myself – and I certainly don’t have that knowledge or expertise.

To go to the doctor when we are sick, and to not have to worry about the cost.  Is this a novel idea or what?  Now, I’ll get personal.  I’ve mentioned before that I have Grave’s Disease.  It’s an autoimmune disease that disrupts things like the metabolism and basically makes the thyroid attack the rest of the body.  We were on State Insurance (OHP or Oregon Health Plan) for Levi’s birth.  Peter was not covered at the job he held during our wedding because his coverage wasn’t to kick in until the beginning of January 2007.   In December 2006, two days  before we were to get married, Peter dropped a box which hit a mirror, which fell onto his foot.  I’d never seen that much blood.  He was slated to get Kaiser Permanente for his coverage at the crappy bike job he had.  So, we went there.  Because of their set up, they would only treat him in urgent care if we paid first.  No payment plans, or anything.  They triaged him, barely, and then we spent an hour figuring out the payment before they would get his stitches.  I felt like that was the most disgusting form of healthcare around.  We felt a victim of this system and at risk… it looked to me like he could have bled to death, that was a deep wound.

OHP offered more choices, but not many. They had several doctors listed, but only one OB/GYN and one Family practitioner were accepting new patients.  So, I chose the ones that were open to us.  My coverage ended at the 6-week check up.  After that, I was uninsured.  Levi was covered through his first birthday, and luckily by that time Peter had got a real job with real insurance and real insurance choices.  Levi was born in the 90th percentile, and after he was born he quickly began to drop weight.  He was down to the 3rd percentile by the time July rolled around and we had already spent one night in the ER because he was reacting strange to food by throwing up and possibility becoming dehydrated.  This happened two more times with one ER visit while in Michigan for some family stuff. I had lost weight too, but was certainly glad about it.

In September the insurance from Peter’s real job kicked in, and I started making appointments to the things I missed, like my chiropractor.  I found a new pediatrician for Levi.  We do like this office, as it’s a little boutique outfit in a trendy area of Portland, so we feel like we’re getting extra attention and offers because they would need to stay competitive.  Ironically though, they didn’t really want to see Levi as a 2nd opinion and wanted us to commit to going there.  So, I did, and so far I don’t regret but I detest that I was weaseled into it without given a proper option of choice.  As I expected, they were reticent to lay any blame to the previous doctor and simply stated that failure to thrive (is that what was happening to Levi, we’ll never really know certainly) can happen for many reasons.  I had stopped breast feeding, and now Levi was beginning to pack on the pounds, though he has yet to get back to the 90th percentile.

At my first visit with my chiropractor, she noticed I was very jittery and suggested I get my thyroid levels checked out at my next doctor appointment.  I was switching primaries, so I asked my OB to test it when I was up for my 6 month check up (that insurance kicked in at such a good time).  He called me when we were walking to the baggage claim at DTW for Justin & Gina’s wedding.  He told me I was hyper thyroid.  That Michigan visit, like all since, began at my in-laws where we perused an old college, nursing book my mother-in-law had.  We (I) self-diagnosed Grave’s Disease based on the symptoms, all of which I had.  My sister-in-law is in nuclear medicine and told me to watch my heart rate because it’s common for Grave’s/hyper thyroid people to have wacky heart rates.  Sometimes my resting heart rate was 120.  I was put in the ER for a few hours for tachycardia in November.  In January, I saw an endocrinologist who told me that my body was taking the proteins that would have otherwise gone in my breast milk.  So that’s why Levi lost all that weight.

Who noticed it?  My chiropractor.  Over a year of stress and anxiety that could have been solved with a choice of health care.  If I had been able to go to the doctor of my choosing… well, we know what it’s like to play the “what if” game, so let’s not.  But, let’s learn from this… what do people really want when they get sick or have a question about their health?  They want it taken care of, and they want to be healthy so they can continue to do the things they enjoy like playing with their young son who no longer suffers from failure to thrive. 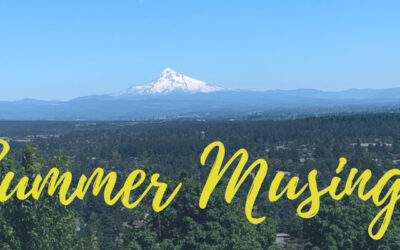 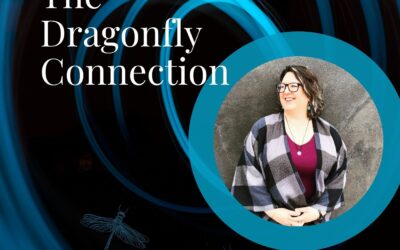 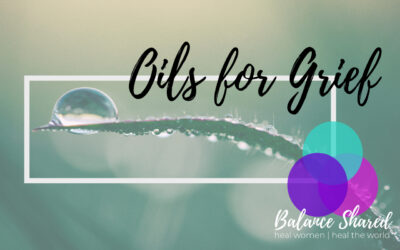